skip to main | skip to sidebar

Directions to "FIDO's Backyard": From I-79 in Fairmont, West Virginia, use Exit 136. Follow signs to East Marion Park. Proceed into the park and look for Pavilion #5 signs across the parking lot and to the left. Follow that road to the end at the softball field parking lot. On the far left, a road will lead you around and down the hill behind the ball field. You will come to the parking area and the entrance to the dog park.

If you would like to make a donation, please send your check made payable to MCPARC with "FIDO" noted in the memo to MCPARC, 319 Monroe Street, Fairmont, WV, 26554.

Go to http://www.mcparc.com/ for more information about our park as well as other parks and activities available in Marion County, West Virginia. Check out the "virtual tour" of FIDO's Backyard!

If you would like to be added to our FIDO e-mailing list, please send your request to kellyjogarcia@yahoo.com 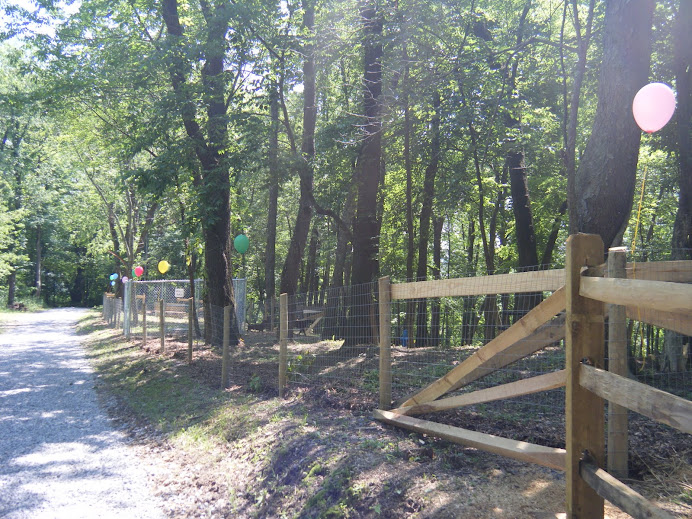 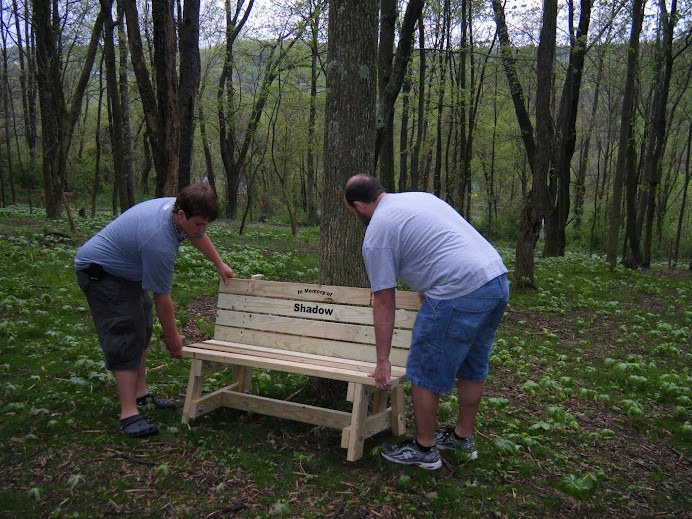 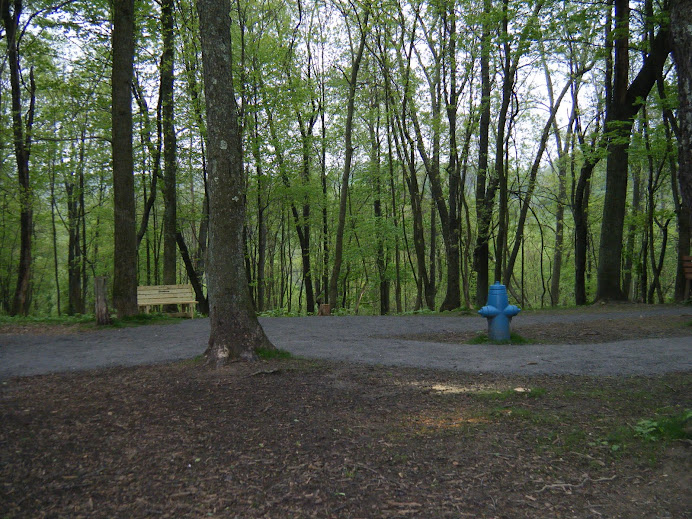 "FIDO's Backyard" Grand Opening Celebration was held on Sunday, May 30, 2010

Brewster is seen here posing prior to the Grand Opening 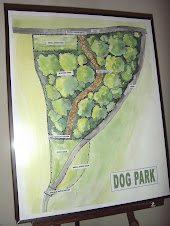 This area is enclosed and ready to check out!

Donation in Memory of "BomBom" 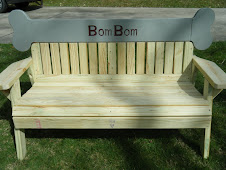 There is a meeting scheduled for Wednesday, February 16th, 7:00 P.M. at the 8th Street Confectionery. We'll be electing officers and appointing board members, as well as discussing the options for making our park handicap accessible. Hope to see you there!
Posted by kjg at 6:12 PM No comments:

A puppy mill is a dog breeding facility with the sole purpose of churning out litter after litter for profit. Typically, these animals have inadequate veterinary care, exercise, diet and shelter. Due to the frequent poor breeding conditions, puppies in these mills often suffer from health and/or social problems. Theses dogs are sold in pet stores, auctions, and through the internet.

Puppy mills are a serious problem as breeding for profit has dramatically increased. Thousands of puppy mills exist in the United States as well as overseas. Anything to make a dollar has become the idea, and the innocent animals are suffering for it. It takes you to put a stop to it. Let's help educate people so we can help stop the horrendous practice of puppy mills. If you're looking for a companion, do your research on reputable breeders visiting where the dog is raised or consider a rescue/shelter dog. The Humane Society of the United States has tips on how to avoid buying puppy mill dogs. For more information visit
http://www.humanesociety.org/issues/puppy_mills/
http://www.msnbc.msn.com/id/34751720
http://www.hsus.org/press_and_publications/press_releases/dogs_rescued_from_west.html

Just one of the many breed rescue groups is Lucky Star Cavalier Rescue. I had the rewarding experience of fostering a precious rescued cavalier who was recently adopted by a wonderful family in Pennsylvania. I spent months working with him to overcome his fears. He is on the path to recovery and now accepts the touch of a human hand. Please view the video posted below.
Posted by kjg at 10:06 AM No comments:

Come out to our next event at FIDO's Backyard! Show your team spirit by wearing gold and blue to celebrate the opening of football season for WVU at our "TAIL"-Gate Party! Hot dogs, chips, pop, and dog biscuits are free to everyone! Dress your pooch up and share in the fun.

Hope to see you ready to cheer on the Mountaineers!
Posted by kjg at 6:37 PM No comments:

As the cool evenings of spring stretch into the warm nights of summer, many pet owners likely will be eager to take Rover out for a leisurely walk.But instead of a quick stroll around the block, more and more people are treating their pets to a visit to recreational dog parks, which are becoming increasingly popular destinations for pet owners and their pooches. In fact, these popular facilities aren’t just reserved for large cities anymore, and a simple search for “dog park” online yields more than 2 million results.Now Marion County can lay claim to its very own facility, “FIDO’s Backyard.” Named after the group that organized its creation, Fairmont’s Interested Dog Owners, the park opened to rave reviews during a grand opening last month and is the latest addition to the county’s park system.The park offers a fenced-in area that is “off­leash,” meaning owners can let their dogs off their leashes to run around and play with other dogs. And just as dogs come in all shapes and sizes, so do the parks designed specifically for them. FIDO’s Backyard covers multiple acres in a wooded area in East Marion Park. The area is a mixture of open fields and woods, where trees provide shade in the summer and protection from the elements and fields give room to play games.The $15,000 facility was paid for through state and county funds — $2,000 from the state and $5,000 from the Marion County Commission — as well as $8,000 in donations from the general public.Members of the Marion County Parks and Recreation Commission (MCPARC) helped by transforming the formerly heavily forested lot into a dog park, and numerous volunteers also lent a hand. Dave Garcia, president of FIDO, said that without the volunteers — who con­tributed financial support as well as hard labor — the park would not have been possible.Everyone who was involved in the process should be praised for his or her hard work and dedication to this project, which not only boosts the overall look of the park, but also gives new opportunities for local residents to get outside with their pets.As Marion County Commissioner Burley “Butch” Tennant said, “This is a nice place for people to bring their dogs — a great addition to our parks system.”But perhaps Richard Walton, a member of the MCPARC board, said it best when he said, “This park is another quality-of-life enhance­ment for Marion County.” Clearly, the new facility is the latest example of the good that can result when the community works together.
Posted by kjg at 10:25 PM No comments:

Every dog has its day, and that day could become a little better thanks to Marion County’s new dog park.“There’s no question, this is absolutely fantastic for the community,” said state Sen. Roman Prezioso, who was enjoying the park alongside his black 80-pound Labrador retriever named Leonardo.On Sunday, dogs and people alike attended the ribbon cut­ting of “FIDO’s Backyard,” the latest addition to the coun­ty’s park system. The multi­acre park is located in a wood­ed area near the basketball courts by Pavillion 5 within East Marion Park.“This is a nice place for peo­ple to bring their dogs — a great addition to our parks sys­tem,” said Marion County Commissioner Burley “Butch” Tennant.Cheri Pourbaix, of Fairmont, brought her little brown, long­haired dachshund named Newton to see the new park. Newton politely declined an interview because he was too busy taking in the scenery. But on Newton’s behalf, Pourbaix said, “Oh yeah, he loves it. He loves this new park.”And love the park Newton should because it offered an enormous fenced-in area where dogs could be dogs. The area will be “off-leash,” a place where owners can let their dogs off their leashes to run around and play with other dogs. But the dogs must be controlled and must stay in the designated area.“The park allows dogs to get acquainted with other dogs in a non-threatening environment,” said Dave Garcia, president of Fairmont’s Interested Dog Owners (FIDO), a group that organized to create the park.Garcia said the park was inspired by Stanley’s Spot in Morgantown. That popular dog park, smaller by compari­son, is a fenced-in area located off the rail trail where dogs large and small meet. The new park relied heavily on volun­teers in terms of fundraising and hard labor to make it a place that dogs like Newton would bark about.Garcia said the park cost about $15,000. The money to pay for the park came from a $2,000 state grant and $5,000 from the Marion County Commission, with the remaining share of $8,000 offered up as donations from dogs’ best friend, people.“The volunteers have been great — without them, this would not have been possi­ble,” Garcia said.Garcia had high praise for Dan Talbott and Mike Koon, of the Marion Parks and Recreation Commission, for transforming a heavily forest­ed lot into a dog park.“They performed miracles in transforming an old, grown up area into a fantastic dog park,” Garcia said.The Marion County Parks and Recreation Commission (MCPARC) will maintain the park. Talbott, MCPARC exec­utive director, said the area will be a mixture of open field woods, which will offer bene­fits to pet owners utilizing the facility because the trees would offer shade in the summer and some protection from the ele­ments, and the fields will give them room to play catch and other games with their dogs.MCPARC board member Richard Walton said, “This park is another quality of life enhance­ment for Marion County.”
Posted by kjg at 10:42 PM No comments:

We are preparing for our Grand Opening Celebration to be held on Sunday, May 30th. Gates will open to the park at noon with a special ribbon cutting ceremony at 4:00 P.M.

We have scheduled a work day for Saturday, May 22nd, to get the area ready! MCPARC workers will be there around 7:30 or 8:00 A.M. Come for the morning or just sleep in and come for a little bit to help out.

Hope to see you Saturday!
Posted by kjg at 6:54 PM No comments: 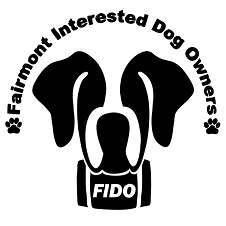 Special thanks to our FIDO Founders! 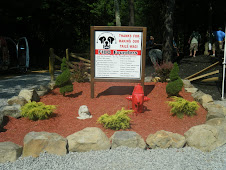 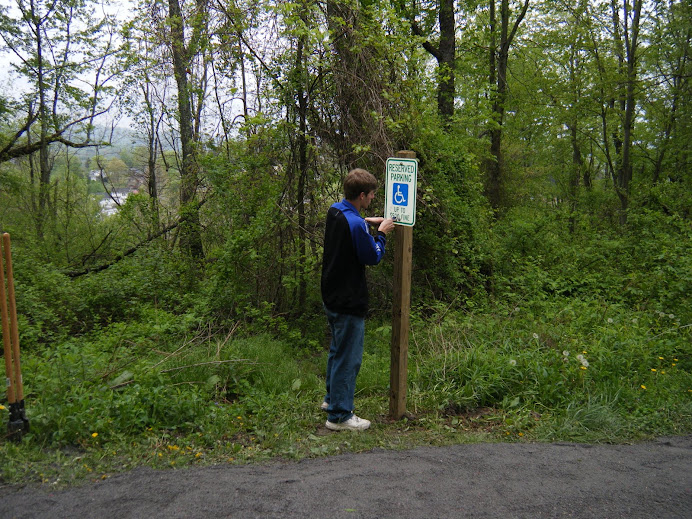 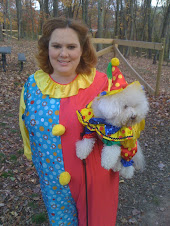 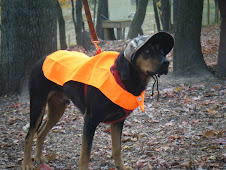 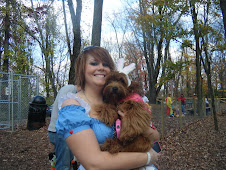 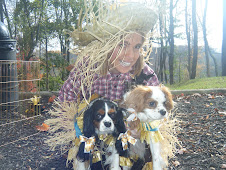 Make sure you follow this fellow's example and clean up after your pet.